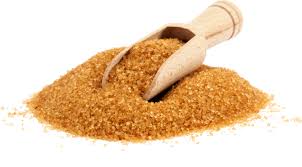 Brown sugar is moist but if it dries out it will harden, so it should be stored airtight.
If it has small lumps they should be strained out. With your fingertips press the sugar through a large, wide strainer set over a large bowl.
If your brown sugar becomes hard, place it and a dampened (not wet) paper towel inside a resealable plastic bag. Leave overnight for 12 hours or more. A slice of apple can be used instead of a paper towel.

TOSS MOST OF YOUR SPICES—ESPECIALLY THAT GROUND CUMIN.

After measuring your dried spices and herbs to add to your dish, crush the ingredients for added flavor.

An easy method for testing herb and spice combinations is to mix them with small amounts of a mild cheese, like cream cheese. Allow them to sit for at least an hour, then sample your blends, noting which flavors you most enjoy. Be sure to label the samples so you’ll know how to duplicate or modify each to suit your taste.

As a beginner, you may want to stick with herbs and spices that are known to complement each other. Common flavor families include:

Cook pasta 1 minute less than the package instructions and cook it the rest of the way in the pan with sauce.
Mario Batali
Iron Chef America
Posted in Uncategorized

Tip of the Day- Anchovies and Beef Stew

This is a tip from Bridget Lancaster of America’s Test Kitchen.
“Glutamates … [are] savory compounds; your taste receptors will pick that up and say, wow, that’s nice and savory.
But anchovies, in particular, they contain something else.
It’s another compound called a nucleotide — and a nucleotide plus a glutamate basically is a savory explosion.
It really amps up the flavor of the glutamates 20, 30, even perhaps 40 times.
So if you’re tasting beef on its own, or soy sauce, or any of those glutamate-rich ingredients, your tongue will say, wow, that’s very beefy.
You add something with nucleotides in it, say anchovies, and you’ll say this is the best beef stew ever.
It tastes so much more meaty than meat.”
Here is a link to the recipe from America’s Test Kitchen Best Beef Stew. It is truly the best!
http://grandmascrazykitchen.com/best-beef-stew/

Welcome to my Kitchen I have been cooking since 1971, when my Mom asked if I wanted to try cooking. I said what can I cook? “Anything” was her reply. I went straight for the Julia Child cookbook.
I prepared vichyssoise, escargot, coq au vin and a chocolate mousse for dessert.
I fell in love with cooking.
that was then, this is now…
With 3 kids and 3 Grandkids (and 1 on the way) later, my passion for cooking and sharing great food with people is as alive as ever.
My rule for my recipes, that I post on my blog, is that they have to be tried and family tested! Then and only then, do they win a place on my blog.

From my family and my crazy kitchen to yours, ENJOY!

Welcome to WordPress. This is your first post. Edit or delete it, then start blogging!